Did You Know That You Can Produce Green Concrete From Waste Materials?

One of the most important reasons that form the basis of the idea of producing green concrete from waste materials is that approximately three tons of concrete is used per person per year globally. This amount causes great harm to the environment. Conventional concrete: It is formed by the combination of any filling material such as water, cement and sand. The cement industry alone accounts for about 8% of the world’s carbon dioxide emissions. Concrete production consumes 10% of the world’s industrial water.

A team from the National University of Singapore (NUS) who’s working on the idea of producing green concrete from waste materials, trying to develop greener and more sustainable concretes to reduce the impact of the aforementioned percentages that harm the environment. They have shown that they can significantly reduce the amount of sand needed in the concrete mix by using a common clay material that can be easily recovered as waste from excavation works.

In order to produce green concrete, the researchers first performed some operations on the clay. They first obtained waste clay excavated from construction sites in Singapore. The waste clay was heated to 700°C to “activate” it and increase its adhesion to the concrete. Activated clay was used to replace half of the fine sand powder typically used in concrete. The researchers were then able to produce ultra-high performance concrete (UHPC), an incredibly strong type of concrete that can reduce the size of structural members and potentially reduce the amount of concrete used. 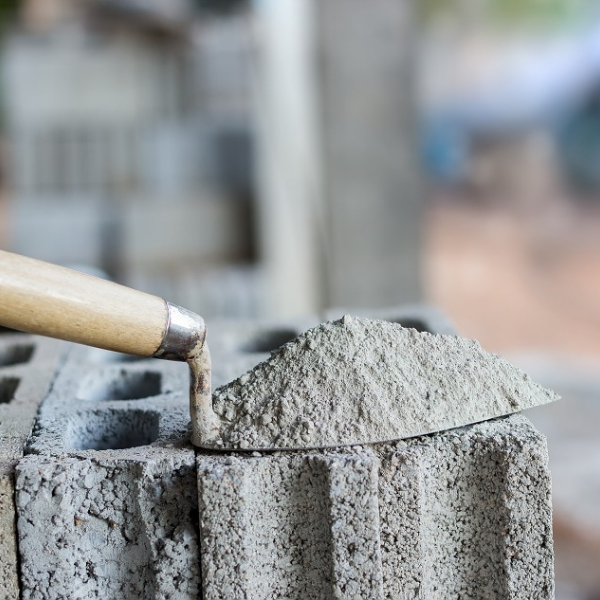 Replacing fine sand powder; this material is particularly advantageous in that it is uneconomical and also has a large carbon footprint and is carcinogenic with prolonged exposure as it contains silica. In addition, the NUS team also demonstrated by experience that replacing part of the sand fill with activated waste clay did not have a significant negative impact on the strength of the UHPC. Tunneling and foundation work, common in Singapore, generates a large amount of excavation waste. Disposal of this waste clay poses a serious challenge as there is limited space for landfill in land-scarce Singapore.

Associate Professor Pang Sze Dai: “Our discovery not only reduces the consumption of valuable resources, but also supports a circular economy through the use of waste clay. It opens a way to turn this waste into a potential resource.” said. This was the first time low grade waste clay was used as a filling material in concrete. Because, as it is known, it has been determined that the workability level increases with the increase of the clay ratio in fresh concrete, and the compressive and bending strengths of the hardened concrete decrease greatly as the clay amount increases.

The team is now exploring using waste clay for further concrete applications. Their recent studies showed that the use of waste clay resulted in a significant improvement in the durability of concrete. More emphasis should be placed on green concrete, it can protect our nature and environment by gaining awareness on this issue. We must minimize the negative effects of our newly built structures on nature and human health.