Is Blockchain A Game Changer For The Built Environment? 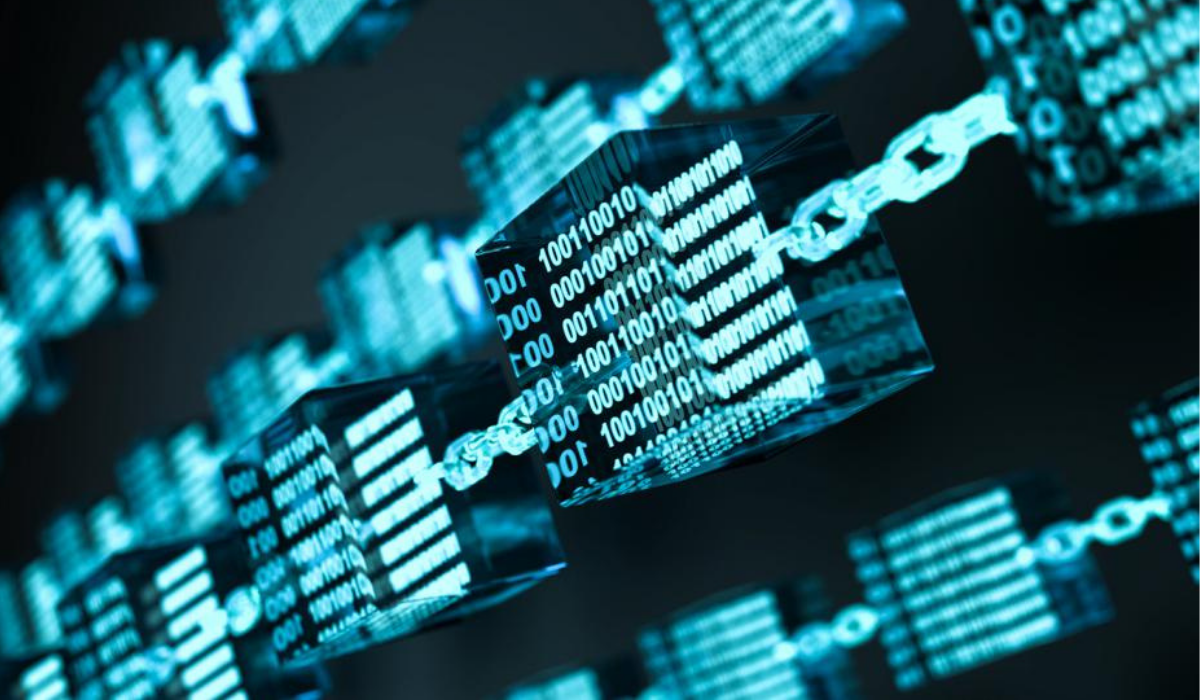 No longer mere industry hype, blockchain is starting to make a tangible impact on activities across property and construction. But how effective and secure is the technology?

The buzz around blockchain hit new heights this year as cryptocurrency including Bitcoin, Ether and Cardano skyrocketed in value, further cementing the record keeping technology in the public consciousness. A corresponding spike of interest and activity in the land, property and construction sectors has fuelled development of various blockchain solutions including the first real-world commercial applications.

Data or transactions can only be stored in the ledger when consensus among the nodes is reached, which in theory ensures that data is both accurate and transparent. Blockchain is a unique form of DLT whereby information is stored in chronologically and cryptographically-linked blocks, creating a verifiable ‘chain’ of information.

This unique approach has the potential to reduce the time, money and effort spent on various tasks and transactions in property and construction value chains, while bolstering security and reducing risk. A major reason for blockchain adoption in real estate is the role it could play in streamlining the conveyancing process. It could also reduce the time and resources channelled into valuation, verification and the preparation of contracts and other legal documents.

The recently launched blockchain-based network Coadjute was created specifically to speed up property transactions and provide all parties, including the estate agent, conveyancer, mortgage lender and broker, with the ability to track the transaction from start to finish.

The platform’s consensus mechanism is based around a network of nodes run by estate agents and conveyancers. It is based on a recent blockchain prototype developed by HM Land Registry (HMLR) in the UK, with conveyancing firms Mishcon de Reya, MyHomeMove and other partners.

The prototype used a fully distributed network to power the UK’s first ever blockchain-based sale of a property and automatically update the Land Register. Smart contracts turned business rules into executable code. Once all pre-conditions were met, these self-executed an immediate swap of the ownership of the land title on the dummy register.

“Using blockchain technology, all data pertinent to the transaction was shared on the ledger and available only to the parties involved,” says Eddie Davies, deputy director of digital services at HMLR. “This made the transaction more transparent and demonstrated how a large part of the manual, administrative processes that typically take place could be automated. By holding definitive and permanent records of a property transaction in the open, with each stage of the transfer recorded for all parties to see, there was no confusion on who needed to act next.”

Distributed ledgers are helping define new business models, which in real estate have the potential to increase liquidity and attract investment from new stakeholders who might not otherwise participate.

Business and tech innovators talk a lot about ‘tokenisation’, the process of signifying a fractional ownership interest in an asset with a blockchain-based token. Whoever owns the token owns a piece of the asset associated with the token.

The startup company CurveBlock exploits this model to finance sustainable housing development. Individual investors purchase tokens, through blockchain, that represent a proportion of energy-positive residential houses. Once the properties are constructed and sold on the market, the profits are split 50/50 with investors through dividend payments.

“The primary reason for using blockchain is the notoriously opaque nature of real estate and the many layers of legalities. It brings transparency for our investors,” explains Joey Jones, co-founder of CurveBlock.

However, governments and financial institutions need to catch up to make way for this innovative model, he adds: “Banks do not want to engage with companies like ours, which clearly needs to change. Smart contracts need to be recognised as legal contracts. The technology is changing faster than regulators can understand so they need to avoid over-regulating and work with companies using blockchain to help them comply with appropriate laws.”

Some industries face strict requirements to prove the provenance and traceability of their products and blockchain has emerged as an effective means to this end. In one high profile example, the DLT was used by the diamond industry to track jewels from mine to consumer, providing a secure and permanent digital record of origin, characteristics and ownership.

Things aren’t as advanced in construction yet. But a proof of concept recently developed by consultancy Turner & Townsend for a major proposed transportation development in the UK showed how a blockchain solution could effectively monitor the provenance of steel in construction.

The material typically goes through numerous processes before assets are handed over, including performance tests, inspections for certification, and throughout manufacture, transport and installation.

Turner & Townsend’s use case proposed using blockchain as an underlying database, linked to readable RFID tags attached to steel products, to provide a secure and verifiable record of each link in the complex chain of custody. The immutable database would give the client an accurate picture of the steel’s current status and location and a guarantee the correct certifications were in place.

Amber Shaffi, senior cost manager for infrastructure at Turner & Townsend, helped develop the use case and believes blockchain will fulfil its true potential when smart contracts are introduced, which make it possible to automatically trigger payment to suppliers upon receipt of verification that work is completed.

“Contracts currently typically involve a minimum 30- or 45-day payment mechanism to give companies time to do their due diligence, which means physically checking the work, that the invoice is correct and that the contract terms and conditions have been complied with,” she says. “Blockchain and smart contracts can do all of those checks and trigger payment automatically, reducing the need for manual effort, and removing the major problem of cash flow in the construction supply chain.”

As a fledgling technology, blockchain is already proving its potential to transform many processes in the built environment. The ‘trustless’ system (meaning you do not need to place your trust in any one person or organisation) and tamperproof database could accelerate traditionally slow-moving conveyancing processes. This should in turn open up the market to a wider range of investors, increase supply chain transparency and improve regulatory oversight.

But the progress made is countered by some scepticism over the DLT’s long term value. Recent incidents have shown that hackers can access blockchains in certain situations, throwing into question its supposed immutability. For example, in August bad actors exploited a vulnerability in the blockchain site Poly Network and stole £433m. There remain few proven case studies in AEC, which could delay investment and uptake. In addition, the tangible real-world nature of many aspects of surveying could limit the impact of blockchain-enabled automation on the profession.

Tony Mulhall MRICS, associate director for the Land Professional Group at RICS, whose expertise fed into a recent insight paper on Blockchain, says: “Our sector is quite different to the financial sector and financial transactions in that the digital file contained in a blockchain represents the asset, but it is not the asset itself. Blockchain is therefore not a substitute for appropriate due diligence related to the physical asset. For example, it might speed up property transactions in a technical execution sense, but that doesn’t remove the need to conduct due diligence on the physical asset to determine if it is a good idea to conduct the transaction in the first place.”

As companies shift to new technologies to adapt in the changing post-pandemic world, time will tell if blockchain can become a game changer in the digital transformation.